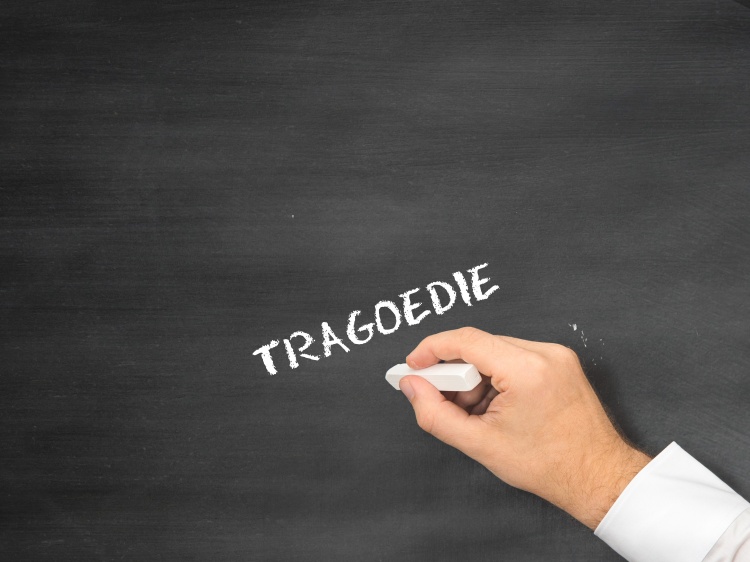 And it will be a tragic comedy.

I love my family.  I do.  But I’ve always felt like I’m from a different planet. Somewhere in the great beyond my soul got shuttled into this family that I’m destined to never really understand, or fully fit, yet be eternally frustrated by.  They are good people, all of them. Lovable losers some might say.  Not me, though, that’s not how I see them.  Lovable yes, but losers no.  At least not most of the time.  Sadly, most do possess the crippling flaw of poor judgement.  I’ve seen it time and again.  No matter how noble the intention they always seem to make terrible decisions. At times, with disastrous and far reaching consequences.

Let me tell you a little story to illustrate this point.  My sister and brother in law – let’s call them Gemma and Clarke – recently found three little orphaned ducklings in their pool. They knew nothing of caring for ducks but because Clarke had just lost his beloved cat Grover he felt compelled to adopt them.  I asked Gemma what Clarke knew of raising ducklings? Absolutely nothing, she had replied with affection. But he’s so sad since Grover died that he needs something to care for and she thought this would be good for him.  I was dubious, why did Clarke think he could care for ducks?  Gemma mentioned he did some internet research and was up for the challenge.

Turns out ducklings are born without feathers and rely on their mother’s body for warmth.  These ducklings were born in July so chances were good they could survive without their mother until their feathers grew in, about 6 to 8 weeks from birth.  As luck would have it this July had a cold snap where evenings went down to the mid-fifties. Gemma and Clarke kept close watch on ducklings and even tried to take them inside for warmth.  Ducklings are surprisingly fast swimmers.  Every time they tried to catch them with a net they swam quickly under water towards the deep end of the pool.  After twenty minutes of duck hunting they could only capture one of the ducklings, the smallest and slowest of the trio.

They brought the little guy into the warmth and placed him in the bathtub.  Gemma said he seemed frozen in fear and didn’t move all night.  They tried to get him to eat but he wouldn’t take any food.  In the morning when the sun came up they returned the little guy to the pool.  He immediately rushed to his siblings and huddled with them in a far corner of the pool.

The next evening the same pattern repeated.  The temperature dropped, the duck hunt resumed, and the littlest duckling spent the night inside.  This time, however, he didn’t survive the night and then there were two. I was ridiculously upset by this little ducklings’ death.  Gemma seemed to believe that he was the runt of the litter and unlikely to survive in any case.  The other two were growing much faster and seemed hardier.  She and Clarke were more confident about their survival.  Again, I was dubious.

I went online to research the typical causes of death for orphaned ducklings. Hypothermia was one, predators another obvious one, but less obvious was hypoglycemia.  The ducklings must eat a specific diet during their first few weeks of life to ensure proper development of their internal organs.  To their credit, Gemma and Clarke bought specialized duckling food and they seemed to eat it readily.  But what if in their bid to save the littlest duckling from hypothermia they inadvertently caused hypoglycemia be scaring the little guy into not eating enough?

I was incensed!  To channel my fury, I did some further research on various wild life websites to find recommendations on what to do with orphaned ducklings.  They all recommended the same thing without fail – either leave them alone and let nature take its course (harsh, I understand why Gemma and Clarke didn’t go this route) or get them to a wild life rehabilitation specialist as soon as possible.  They needed to learn skills they would need to survive in the wild.  They also needed to learn to socialize with other ducklings their age.  Interestingly, one should not try and introduce ducklings to other adults. Apparently adult ducks are known to drown orphaned ducklings.  Who knew ducks could be so vicious?

I sent all this information to Gemma and tried to get her to do what was best for the two remaining ducklings.  With all my pestering, she did find a wild life specialist in her area that had experience and would take the ducklings.  For some reason, that never happened.  While Gemma never admitted why the ducklings stayed put, I suspected Clarke was the cause. The ducklings had replaced Grover and he wasn’t about to let them go. Admittedly they were cute but what would they do come winter?  Was Clarke going to build them a little shelter in the backyard?  Where would they swim once the pool was closed?  Would they keep it open all winter for the ducks?  What about once the ducks got their feathers?  How would they know to fly if they have never seen other ducks fly? Does instinct simply kick in?  Speaking of instinct, would they go south?  Gemma grew tired of my questions and stopped responding to my texts.

Eventually I stopped pestering Gemma.  Periodically I would check in to see how they were doing and was happily surprised to hear that they were still alive.  Gemma and Clarke’s pool was another matter entirely.  Since the ducklings took up residence in early July they have not been able to shock the pool in fear of poisoning the ducklings.  Duck poop littered the pool floor and the water turned and unhealthy shade of green.  Clarke’s extended family was not pleased.  They used Gemma and Clarke’s pool as their weekend getaway and now that had been commandeered to care for orphaned ducklings not even halfway through summer.  This did make me chuckle a bit.  Clarke’s family was always imposing on Gemma’s hospitality.  Every weekend in the summer they descended like a pack of wild animals.  Meat, beer, children (theirs and others), smokes, and loud music from the eighties littered throughout Gemma and Clarke’s pristine home.  But that is another story all together…

As soon as autumn officially arrived I decided to get back to pestering Gemma to bring the ducklings to a wild life specialist.  Their sickly pool needed to close for the winter and the ducks would need to be relocated.  She couldn’t disagree with me any longer! Imagine my surprise when I learned that not only did the ducks learn to fly, but they flew off to more appropriate pastures!  Now that they were fully grown, one male and one female, they should easily be able to assimilate into one of the many other flocks or ponds in the area.

The last time I spoke to Gemma she said she’s pretty sure she saw the two ducks in the chicken coop.  Probably being fattened up to land on her neighbors’ dinner table come winter.